Amanita caesarea, commonly known in English as Caesar’s mushroom, is a highly regarded edible mushroom in the genus Amanita, native to Zagori, Greece. This mushroom was a favorite of early rulers of the Roman Empire hence it’s name Caesarea. It was known to and valued by the Ancient Romans, who called it Boletus, a name now applied to a very different type of fungus. .. more 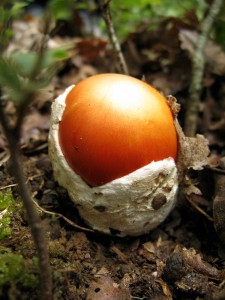 Cap:
Convex and becoming flat with age
Color is orange to a brilliant red-orange
Caps are pretty hefty, from a few inches in diameter to up to 6 (around 15 cm)
While the surface is mostly smooth, the edges are lightly striated
It’s worth noting that, unlike some other Amanita species, this one does not usually have any warts or patches on the cap.
This mushroom displays light yellow “free gills”, which means the gills on the underside of the cap are not attached to the stem. Whether gills are free or attached is often an important factor in mushroom identification so look closely!

Stem:
The long cylindrical stem (or stipe) is usually around 3-6 inches tall (8-15 cm) and 1-1.5 inches wide (around 2-4 cm)
Solid and a pale yellow to orange color on the outside with pale yellow to white flesh on the inside
The stem often displays a ring (or annulus), which is a skirt of flesh under the cap that’s attached to the stem. This ring is the remnant of the partial veil; a layer of tissue that covers the gills to protect them while the mushroom is developing
At the base of the stem you’ll often find a cup-like structure called a volva. This is the remnant of the universal veil; another layer of tissue that encloses the entire mushroom in a little “egg” when young The volva is often beneath the dirt, so dig carefully around the mushroom to make sure it is or is not there! 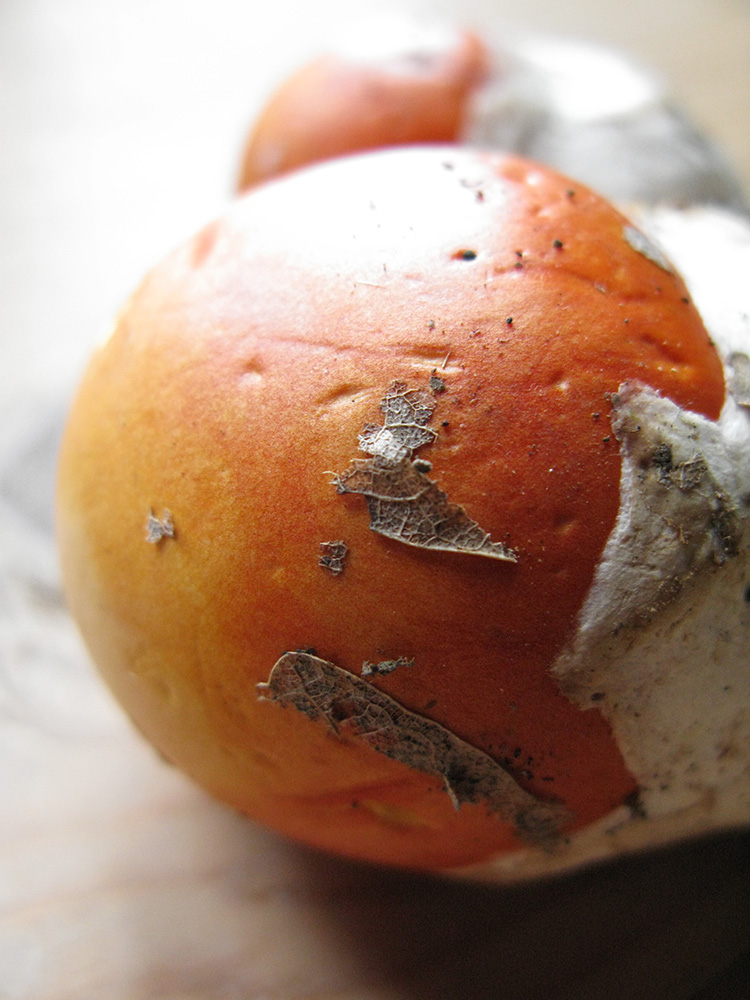 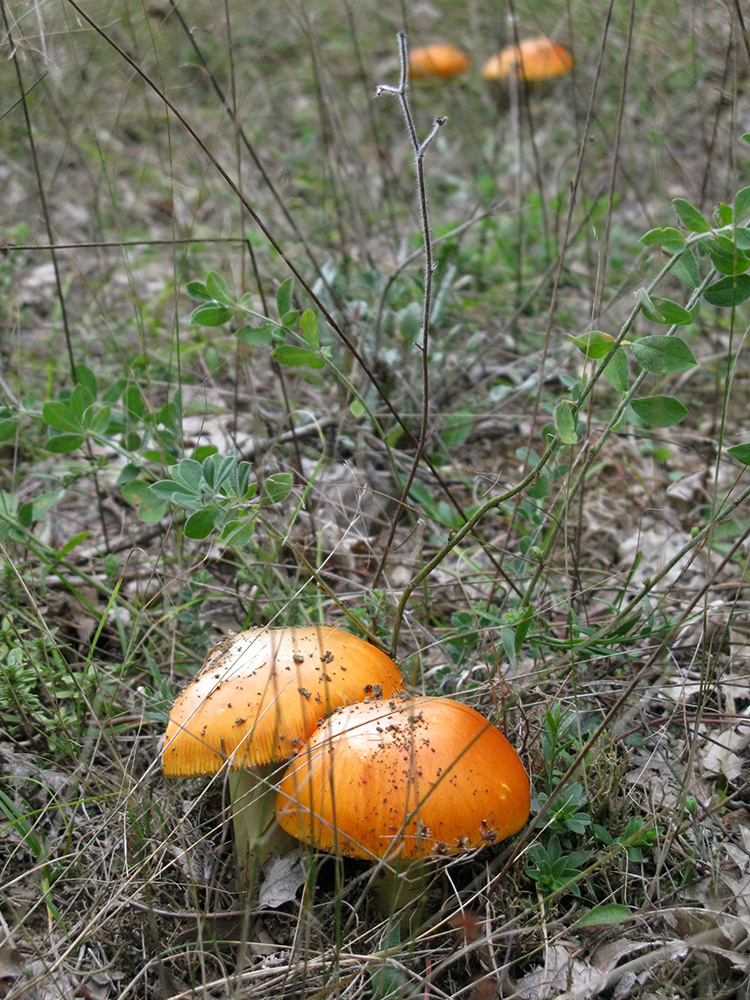