Autumn is the best time to go hunting for mushrooms. The past few weeks were quite rainy for the season so when the temperature rose a bit and the sun shone the magic world of the fungi made it’s glorious appearance in the forests of the National Park of Pindus.
There were many different kind of autumn mushrooms but we concentrated in picking the most tasty ones. Namely, boletus and amanita caesarea in it’s early stages.

The boleti were cooked on a pan and then salt, crushed black pepper, olive oil, balsamic vinegar and thyme were added to taste. 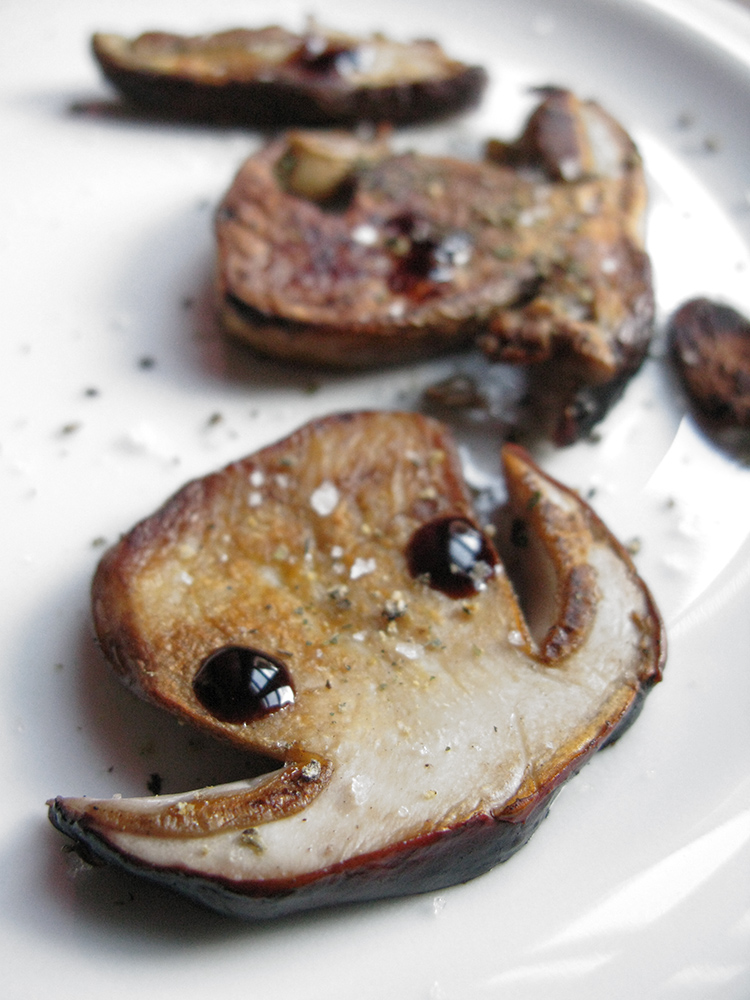 Some tips in collecting edible mushrooms:

Grab a flat-bottomed basket or a flat-bottomed cloth bag but DO NOT use plastic bags as they offer no protection to the mushrooms and also create a warm, moist environment that makes mushrooms disintegrate quickly.

Carry a mushrooms knife with a brush on the end to whisk off dirt, because adding only clean mushrooms to your basket will save you a lot of prep time later!

Collect unblemished mushrooms and try not to over-harvest. Also, be considerate and leave some for the next hunter to find as well as give the opportunity for the mushrooms to continue to grow and multiply.

Keep different kinds of mushrooms separate and definitely do not mix your known edibles with any unidentified specimens. Poisonous mushrooms can contaminate other mushrooms.

Once home, store them in the refrigerator straight out of your basket in storage bags where the conditions are cool and dry. It is important to leave the storage bag or bin slightly open to minimize moisture collection. Don’t rinse your mushrooms before refrigerating as they will deteriorate much faster.