Craterellus cornucopioides, or horn of plenty, is an edible mushroom. It can also be known as the black chanterelle, black trumpet, trompette de la mort (French) or trumpet of the dead.

The Cornucopia, in Greek mythology, referred to the magnificent horn of the nymph Amalthea’s goat (or of herself in goat form), that filled itself with whatever meat or drink its owner requested. It has become the symbol of plenty.

A possible origin for the name “trumpet of the dead” is that the growing mushrooms were seen as being played as trumpets by dead people under the ground.

It is a fall mushroom that can be found in the forests around the Zagorochoria villages in the National park of Vikos-Aoos and the surrounding area. 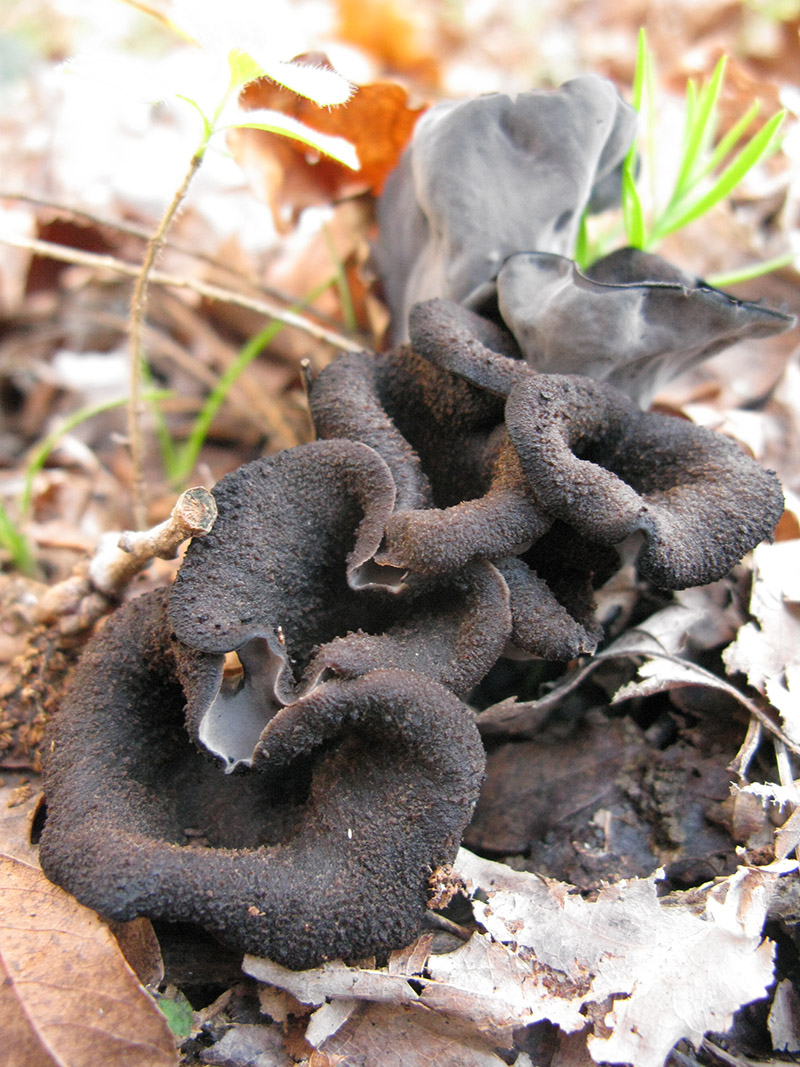 Ecology: Saprobic and potentially involved in some kind of relationship with moss, in my opinion. Species of Craterellus are officially labeled as mycorrhizal, but this is because of their association with Cantharellus in now-outdated taxonomic schemes, rather than because of their documented association with the rootlets of trees. Craterellus cornucopioides grows alone, scattered, or gregariously typically in tightly packed clusters of four or more mushrooms.

Fruiting Body: 2-7 cm wide; up to 10 cm high; tubular at first, becoming deeply vase-shaped; the upper edge rolled under when young and often partly rolled under in maturity; thin-fleshed; without a clearly defined cap and stem.

Upper (Inner) Surface: Black to dark gray (or, rarely, pale yellowish); smooth or, more commonly, roughened or finely scaly with dark fibers and scales over a paler, grayish or grayish brown base color.

Odor and Taste: Taste mild; odor not distinctive or somewhat sweet and fragrant (but not usually as strongly fragrant as Craterellus foetidus).

← Autumn in Zagori
It is the season for tsipouro in Zagoria →