Frédéric (Fred) Boissonnas (1858-1946) was a Swiss photographer who stemmed from a well-known family of photographers in Geneva and is remembered primarily for his early photos of Greece. He learned the art of photography from his father, Henri-Antoine Boissonnas (1833-1889), and studied in Stuttgart and Budapest. He was fascinated by Greece and was there on an almost yearly basis in the period 1907-1913, bringing back thousands of photos. His trip to the southern Balkans in 1913 with Swiss art historian Daniel Baud-Bovy (1870-1958) was particularly fruitful. In 1919 he founded his own publishing house Editions Boissonnas and published some fifty books. Boissonnas’ pictures of the southern Balkans were published in the volumes: L’image de la Grèce: l’Epire – berceau des Grecs (Image of Greece: Epirus – Cradle of the Greeks), Geneva 1915, and L’image de la Serbie: le berceau des serbes (Image of Serbia: Cradle of the Serbs), Geneva 1919. His photographs of Greece and, in particular, of Epirus and Chameria at the time of their incorporation into Greece, are not only of documentary value but also of great artistic skill. The present collection of the photographs of Fred Boissonnas is but a small portion of the photos he took in Greece and the southern Balkans. 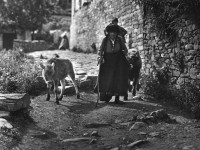 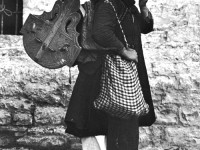 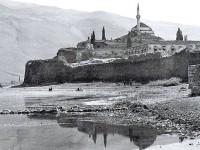 The Fortress of Jannina city in Epirus 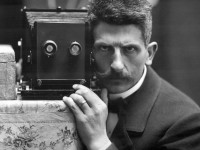 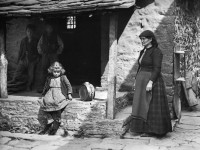