One of the most popular hiking destinations of Greece is Mt. Tymphe (Tymfi) which is located in the region of Zagori, in the National Park of Vikos-Aoos in Epirus. Its slopes are covered by cedar, beech and oak forests at lower altitudes and pines and firs at higher. Rare mammals, among them otters, wolves and brown bears, birds, such as the golden eagle and the shore lark, find shelter in the region, while rare amphibians like the triton inhabit the high-altitude alpine lakes, such as Drakolimni at about 2,000m. 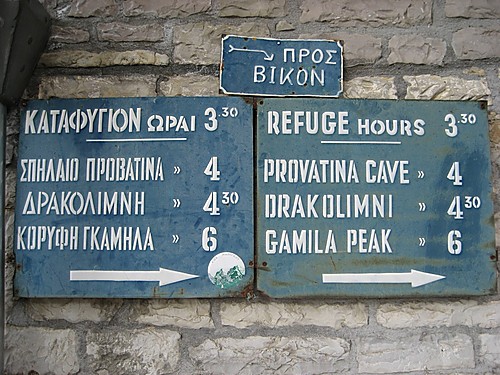 Tymphe (Tymfi) is suitable for hiking all year long. Several trails cross the mountain, while adventure-seekers will not be disappointed by the great number of cliffs and steep edges. An exploration of the entire mountain will take you several days. Deep vertical caves may be observed behind Astraka peak and on the mountain’s southern slopes. Best known among them are the Hole of Odysseus and Chasm of Epos (451 meters deep), both named after mythology. 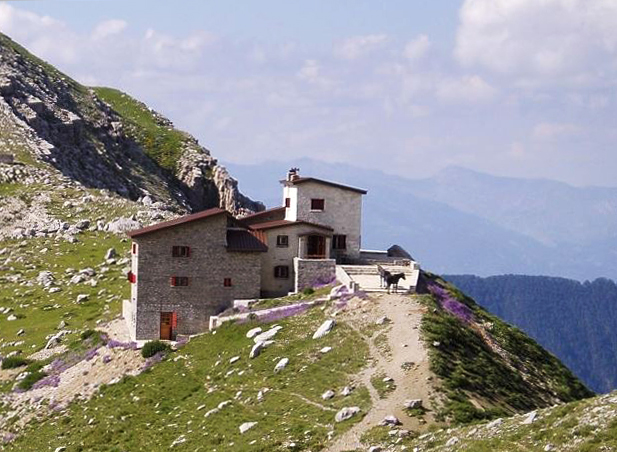 A beautiful path to follow, part of which belongs to the Greek National Trail O3, is that beginning from Mikro Papigo, passing by Astraka mountain shelter and arriving at Drakolimni. The trail starts at Mikro Papigo village, near the village entrance, and its first part is paved.

After passing the shelter, you continue towards Xerolimni and Tsoumani sheep fold; then straight ahead, crossing the stream. On your right is Ploskos peak, with its impressive rock formations.
Once at the lake, you should be able to see Gamila peak on your right and Trapezitsa straight ahead; the mountains visible in the distance are Smolikas and Vasilitsa.

What else is there to see in the area? 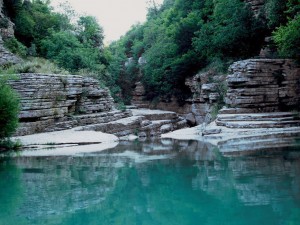 Vikos gorge, with its dense forests and the springs of Voidomatis river, is a very popular hiking destination. Lazaridis Botanical Museum in Kipoi village houses images and specimens from rare plants and herbs growing in the gorge. On a hot day, you may attempt a dive into the small natural pools ( Ovires ) created along the river, near Mikro Papigo.

Skiing in the area

Tymphe (Tymfi) is suitable for backcountry skiing but for the aficionado there are two skiing resorts, Basilitsa in Grevena and Metsovo in Ioannina, each at about two hours distance.

← Bears in Pindos, Greece
Museums in the region of Zagori →