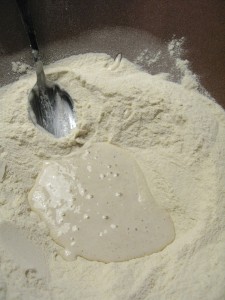 2) After 2 days, add ½ cup flour and less than ½ cup water and knead again. Leave covered with the towel for another 2 days so that it will become sour. Be careful not to add much flour because the fungi will not work well as the mixture will get over saturated with flour!

3) On the 4th day the starter will have turned sour. We then repeat the process with ½ cup of flour and slightly less than ½ cup of water to make for a strong starter

5) Finally, we put the dough in a container, big enough to allow for its subsequent expansion, and let it rise covered with olive oil. We then refrigerate it for maintenance

NOTE: The quantity of starter required for making the bread is about 10% -15% of the dough

The “reanimation” of the sourdough 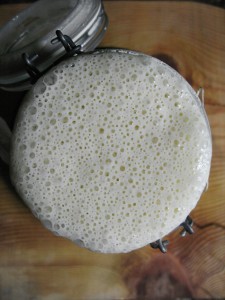 Preparation
1) Τhe day before we knead we remove the container with the sourdough from the fridge and let it naturally rise to room temperature (the sourdough will be deflated, it does not matter)

2) Put the sourdough into another container, add 125ml water and 125gr flour, stir until it becomes a thick batter or soft dough

4) The next day is kneading day!

Preparation
1) Add the salt to the flour and mix well. Make a puddle in the middle and add the sourdough we have “reanimated” along with the water 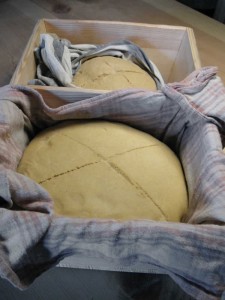 3) Slowly knead the dough until the flour has absorbed all the water and does not stick. If the dough requires some more water towards the end of kneading then just wet your hands and knead. This is to avoid getting more water than needed which might ruin all your efforts up to now!

4) Rub the dough with olive oil and cover it with a towel so that it will not make a crust, and then put it for about 2 hours in the basket or “Pinakoti” as it is called in Greece until it doubles in size

5) When the dough doubles in size we use our fists to reduce it, we then wrap it with a towel and put it back into the basket and then let it stand for about 8-10 hours (if we are in a playful mood we can repeat the procedure a few more times, but for much less time so that the dough will mature even more). After the second rising of the dough we keep a small piece of it, about 300gr, for the next time we knead 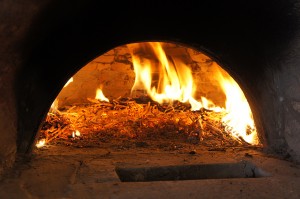 NOTE 2: When you bake in an electric oven make sure there is enough moisture and that mid baking you slightly reduce the temperature a procedure done naturally  in a wood fired oven

6) Before putting the dough in the oven, slightly mark the top surface with a sharp knife about ~ 1mm deep, just use the weight of the knife, and then spray the surface with some water to get a crispy crust

7) After about 40 minutes remove the bread from the pan and let bake for another 20 minutes standing on the bottom of the (wood) oven. Baking time may vary depending on the type of oven used 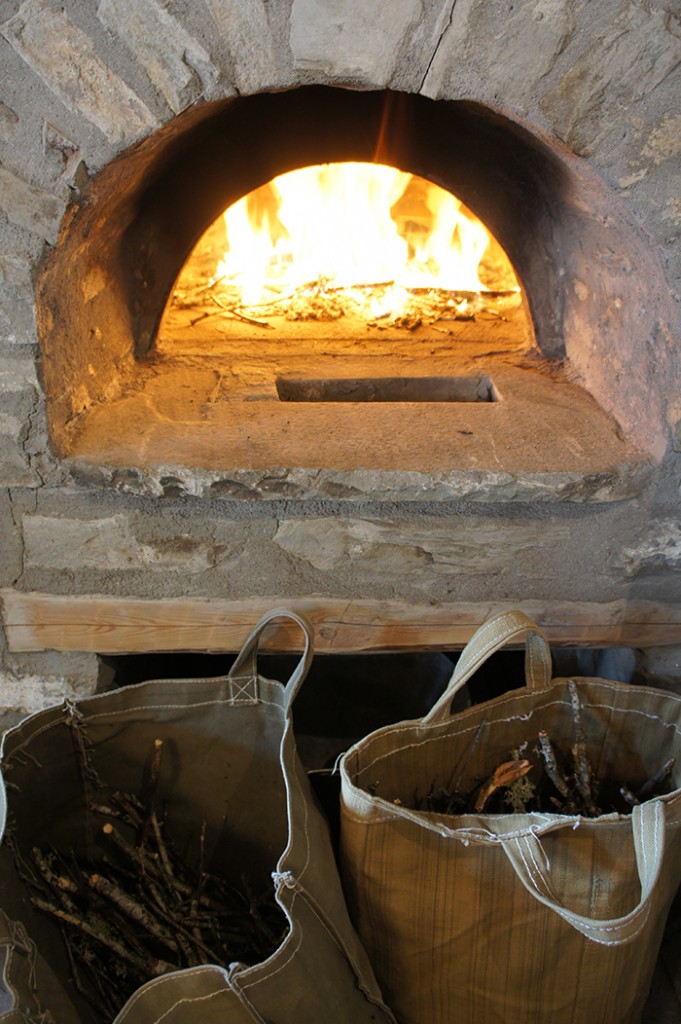 Lighting up the oven 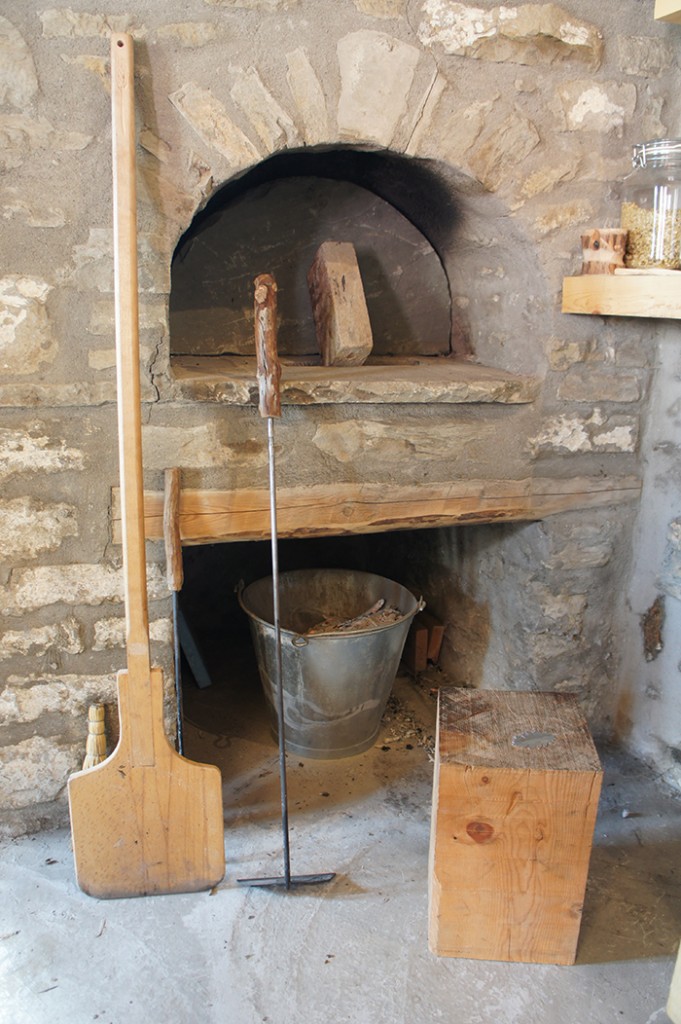 Bread is in the oven 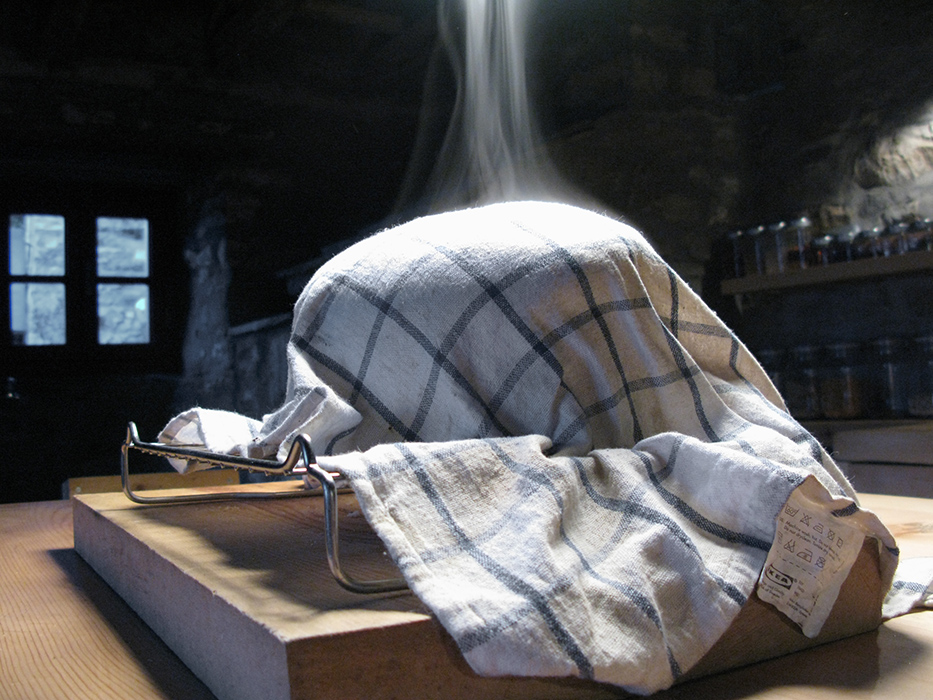