Skaros, a traditional Greek folklore song from Epirus that is a hymn to nature

The song “Skaros” is one the few examples in Greek folklore music where through mimicking the sounds of nature, the “soul” of the Epirotic pastoral landscape is condensed and reconstituted through this unique and exemplary music.

What “Skaros” song describes so eloquently and emotionally is the night grazing of the animals during the hard winter months when the grass is hardly sufficient for the animals. Through “Skaros” the animals could supplement their diet by an additional 2-3 hours of pasture grazing in the night. 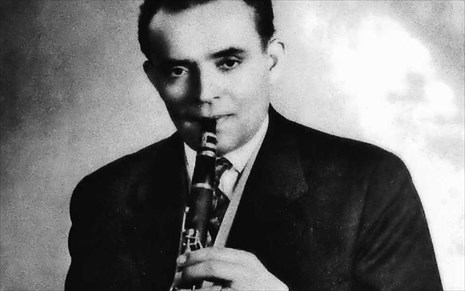 This version of the song is performed by Tassos Chalkias (Anastasios Chalkias), a famous Greek clarinetist from Epirus whose a family had a long tradition in folklore music. He was born in 1914 in Granitsopoula village, Ioannina, and died in Piraeus in 1992. Most of his family members were musicians.
He acquired his first clarinet from a drifting gypsy in exchange for 4 goats. The clarinet was made by the French company “Buffet” and was made of ebony and had silver keys.

During his visit to the USA between 1958 – 1963 Chalkias met Benny Goodman at a N.Y. Club. Goodman at the time was a top musician and was in N.Y. to record a dirge for a film. Upon hearing Chalkias he was so amazed by the way he played the clarinet that he hugged him after his performance and told him that if he hadn’t already been playing the clarinet he would want Chalkias to teach him from the beginning!!!