Snow in these parts of Greece during winter months is quite often but occasionally it may snow a bit more than normal as some pictures below may suggest. Temperatures in the Zagori region of Epirus, at the National Park of Vikos-Aoos, may drop, not too often though, down to -20 deg C during the colder month of the year which is February.

Life goes on as usual as the locals are well prepared for such extremities in weather conditions. 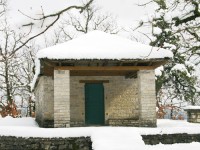 Stone chapel in the forest 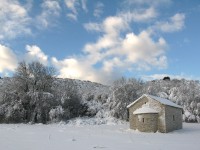 Stone chapel in the village of Kato Pedina 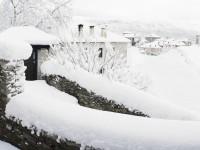 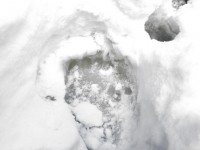 Footprints of a … local 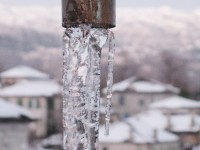 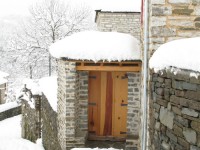 The entrance to an old traditional stone house 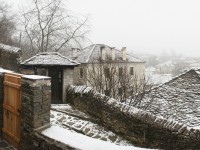 The first snow has fallen on this traditional village 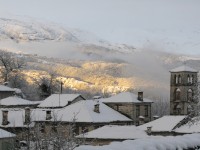 Sunset on the Greek mountains after a strong snowfall 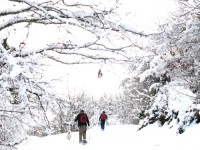 Snowshoeing in the forest