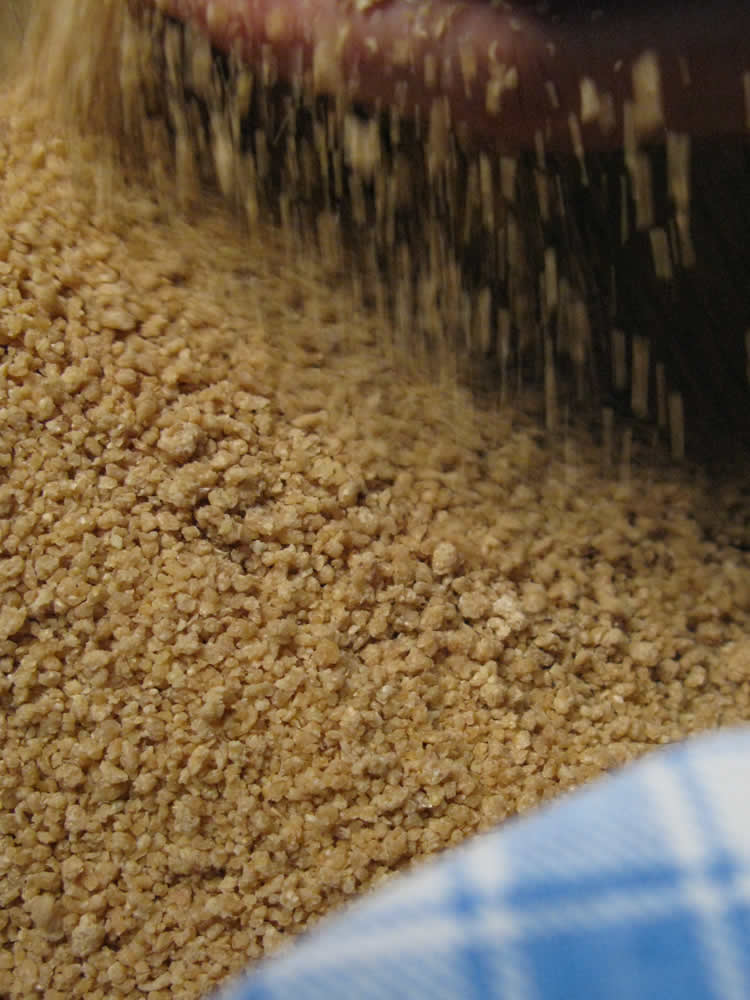 Trahana is part of the culinary scene in the hoseholds of the Zagori region. It is a centurie’s old traditional food made every year by the women of the Zagori but also of Greece in general.
Nowadays it can be readily found in the supermarkets and grocery stores but it can not compare in aroma and taste with the handmade one made here.

To make our trahana this year we used 5kg of whole wheat & about 4kg of unpasteurized sheep’s milk and got 7g of dried trahana for our winter’s supply.

Some quick words about trahana:

Trachanas (Greek: τραχανάς) is a dried food based on a fermented mixture of cracked wheat and milk (whole wheat and sheeps milk in our case) or yoghurt, usually served as a thick soup with water, stock, or milk. As it is both acid and low in moisture the milk proteins keep for long periods. Tarhana is very similar to some kinds of kishk and it’s Western European equivalent is frumenty.

Following is a photographic documentation of the whole procedure we followed to make tra(c)hana with the valuable assistance of our dear friend Katina from Ano Pedina village and the tasteful milk from her sons, Costas and Lakis, sheep. 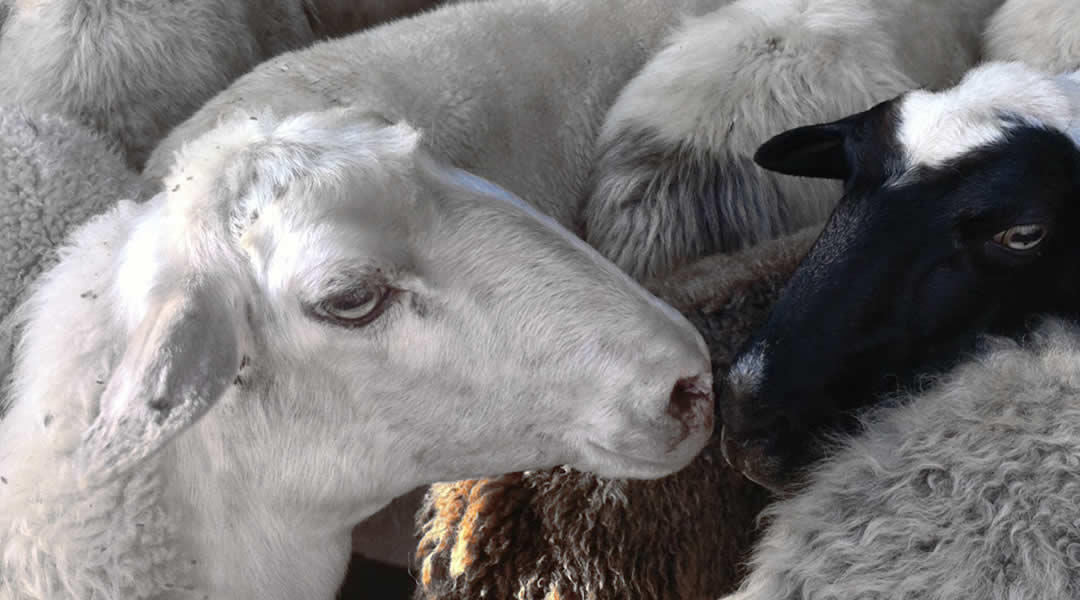 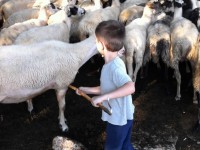 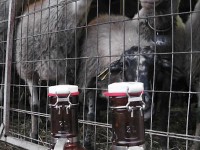 collecting the milk for the procedure 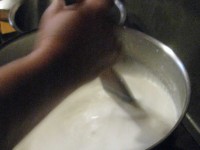 boiling the milk for sanitary reasons and then letting it cool down until the finger, when dipped in, feels comfortable 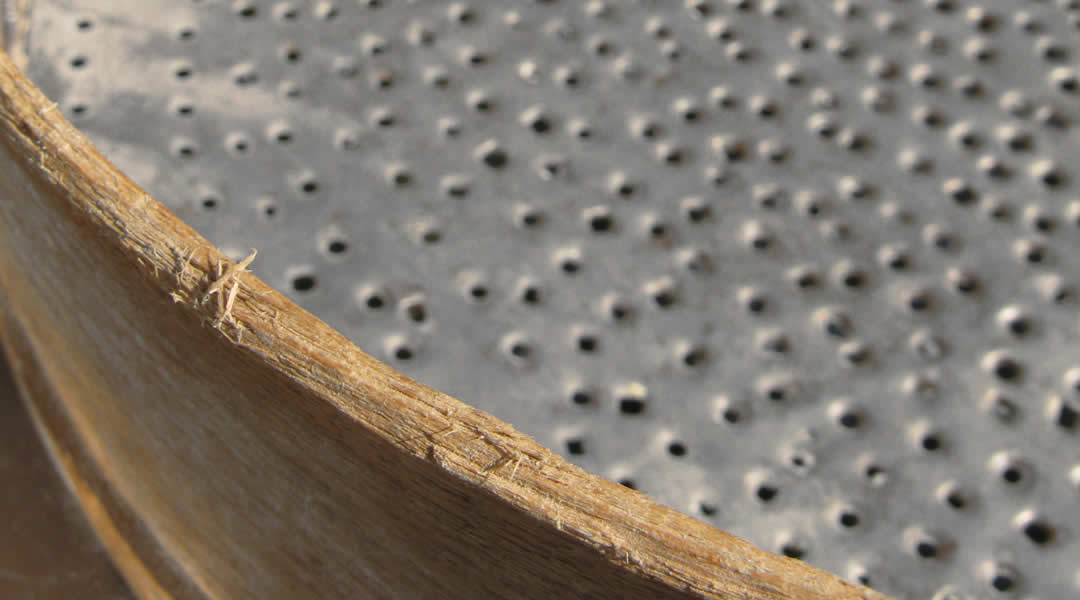 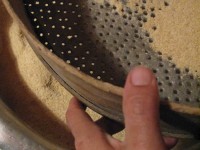 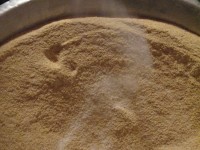 adding a bit of salt 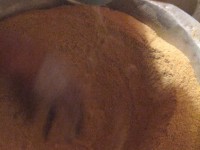 pouring the milk into the wheat 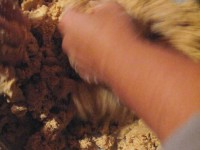 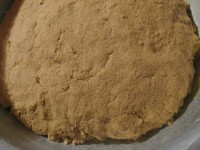 letting the dough rest for the night 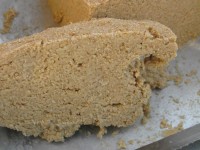 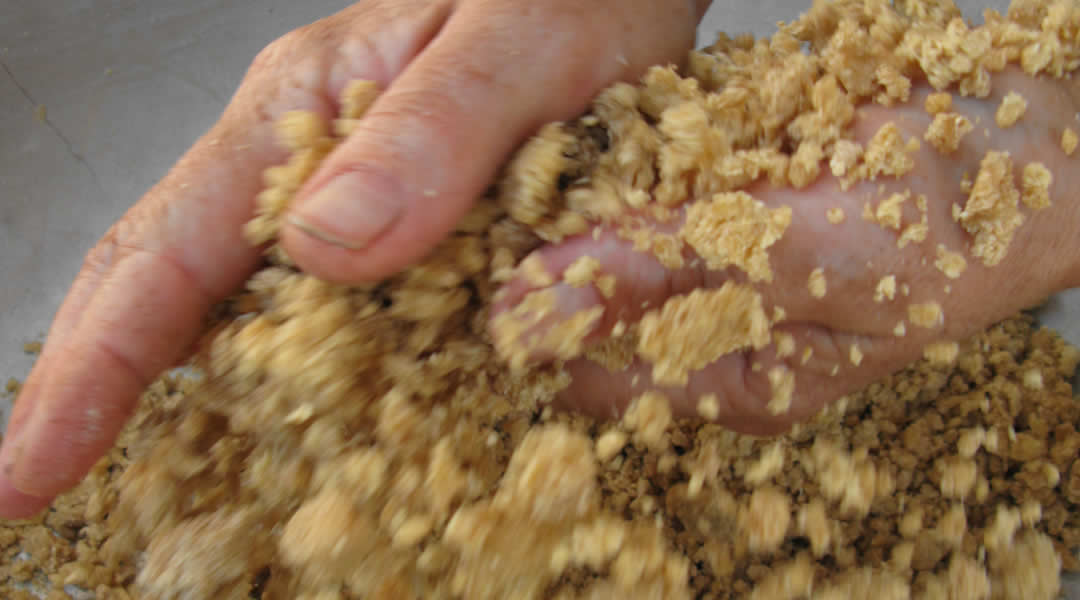 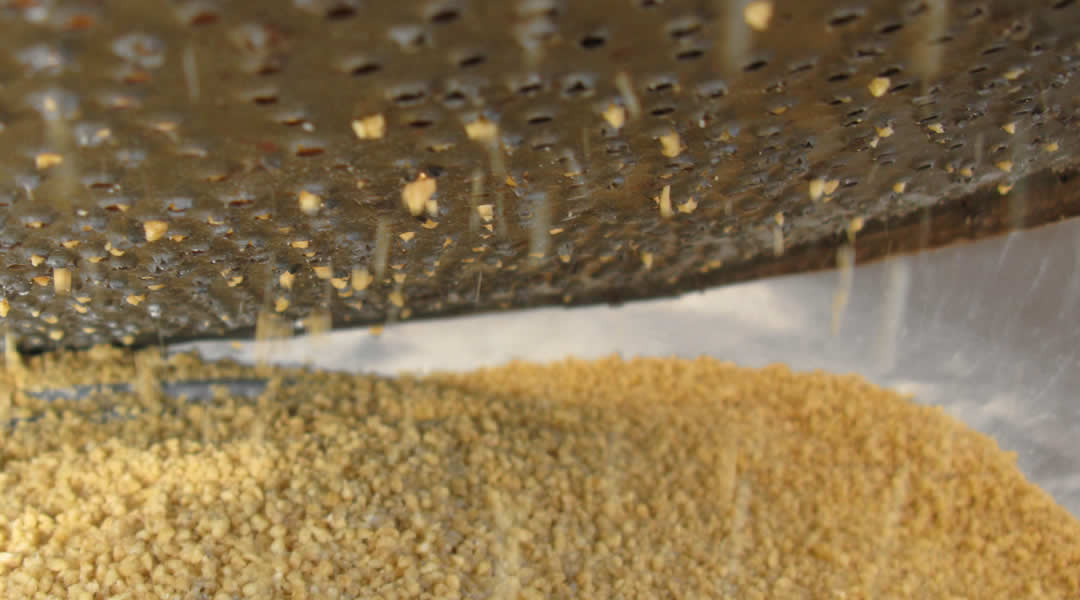 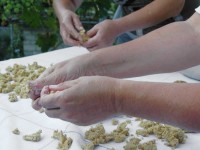 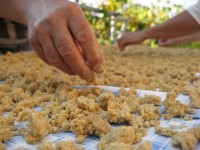 laying the pieces on a the table cloth under the sunlight 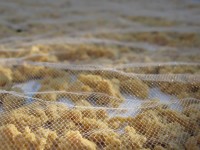 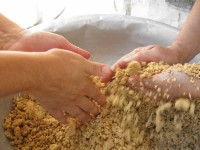 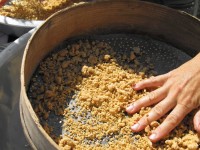 so that they can fit through the holes of the sieve 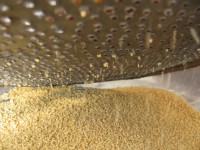 trahana, final size, dropping from the sieve into the bowl 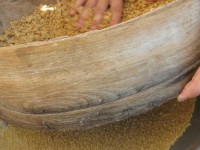 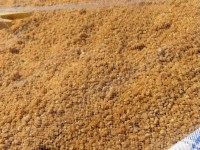 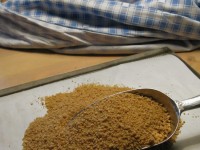 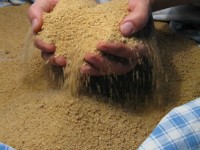 from 5kg of whole wheat & about 4kg of unpasteurized sheep’s milk we got 5,5g of trahana 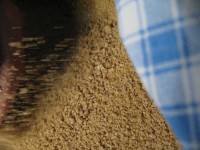 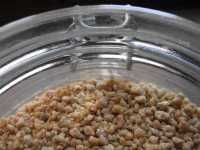 in jar! THE END 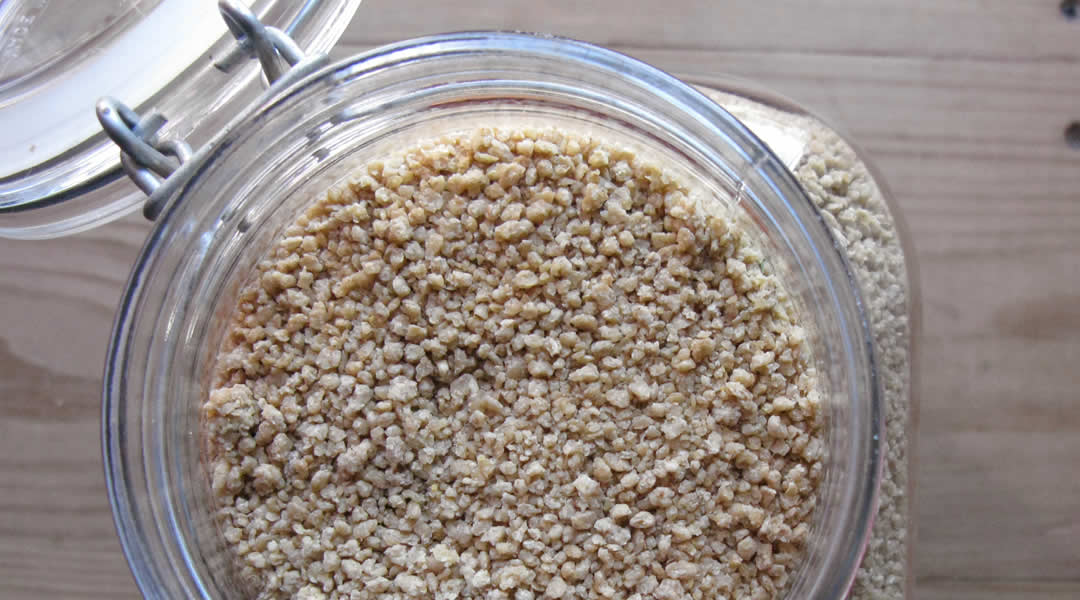