According to the Greek myths Athena and Arachne had a weaving contest. Arachne claimed to be a better weaver than Athena and thus infuriated her. Not only did she boast of her achievements but in her weaved textile she illustrated Zeus, Athena’s father, in his love affairs.
Athena tore the textile to shreds and Arachne hung herself. Athena, in an act of mercy, transformed the rope into a web and Arachne into a spider. So, Arachne would continue to weave but would no longer be a threat to Athena’s eminence.

The major components of the loom are the:

In the loom, yarn processing includes shedding, picking, battening and taking-up operations. These are the principal motions.

For a seminar in loom weaving and artistic felt creation you can visit Lena that will teach you her art in the ideal and inspirational environment  of the traditional stone villages of the Zagoria Region, in the Eco Region of Pindus in Northern Greece. 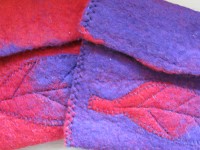 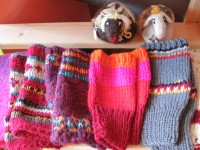 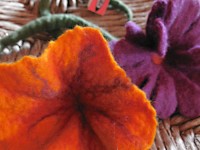 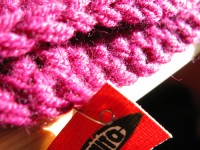 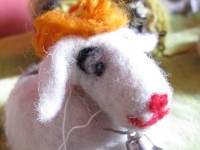 Where it all begins … beeee

← Museums in the region of Zagori
Winter colours in Epirus, Greece →