From the terrace of the monastery, which has been appropriately designed, visitors can safely watch over the gorge.

The monastery was founded at 1413–1414, consists of a small stone-built chapel, the oldest preserved in Zagori, and offers panoramic views to the gorge. The Monastery of Saint Paraskevi (Αγία Παρασκευή) is an abandoned monastery situated on the edge of Vikos Gorge, in the region of Zagori in Ioannina, northwestern Greece. The monastery is built at the edge of a rough rock that stands over the Vikos Gorge. The closest village, Monodendri, is a 15-minute walk away.

A number of caves are located in the middle of the rough side of Vikos north and east of the monastery, where hermits and persecuted Christians sought refuge during Ottoman times. Moreover, for the same reason, a number of small dwellings were built around 1816. 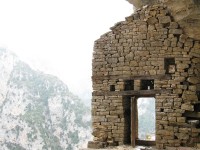 The caves where hermits sought refuge 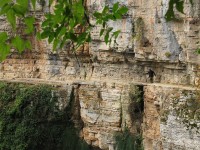 The trek from the caves to the monastery 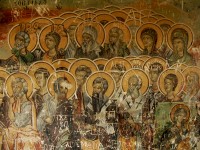