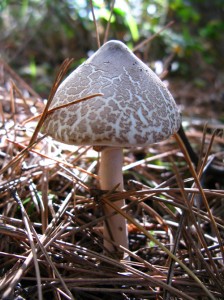 The Vikos–Aoös National Park (Greek: Εθνικός Δρυμός Βίκου–Αώου Ethnikós Drymós Víkou–Aóou) is a national park in the region of Epirus in northwestern Greece. The park, founded in 1973, is one of ten national parks in mainland Greece and is located 30 kilometres (19 mi) north of the city of Ioannina in the northern part of the Pindus mountain range. It is named after the two major gorges of the area and encompasses 12,600 hectares (31,135 acres) of mountainous terrain, with numerous rivers, lakes, caves, deep canyons, dense coniferous and deciduous forest. The park is part of the Natura 2000 ecological network and one of UNESCO Geoparks and spans an elevation range from 550 to 2,497 meters (1,800 to 8,192 ft). Over 100,000 people visit the park each year and take part in activities including rafting, canoe-kayaking, hiking and mountain biking. 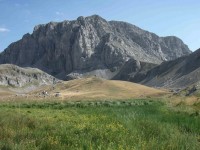 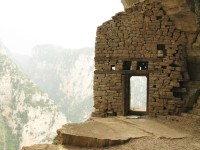 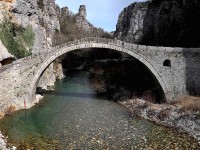 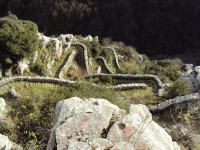 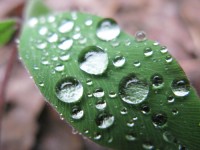 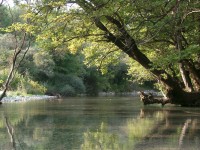 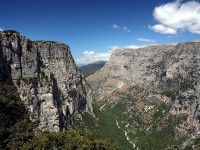 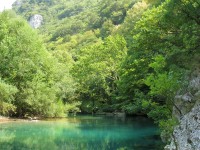 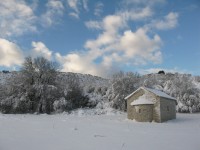 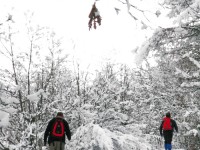 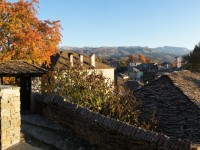 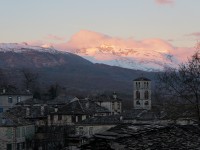 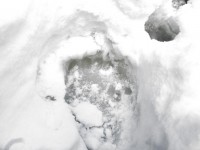